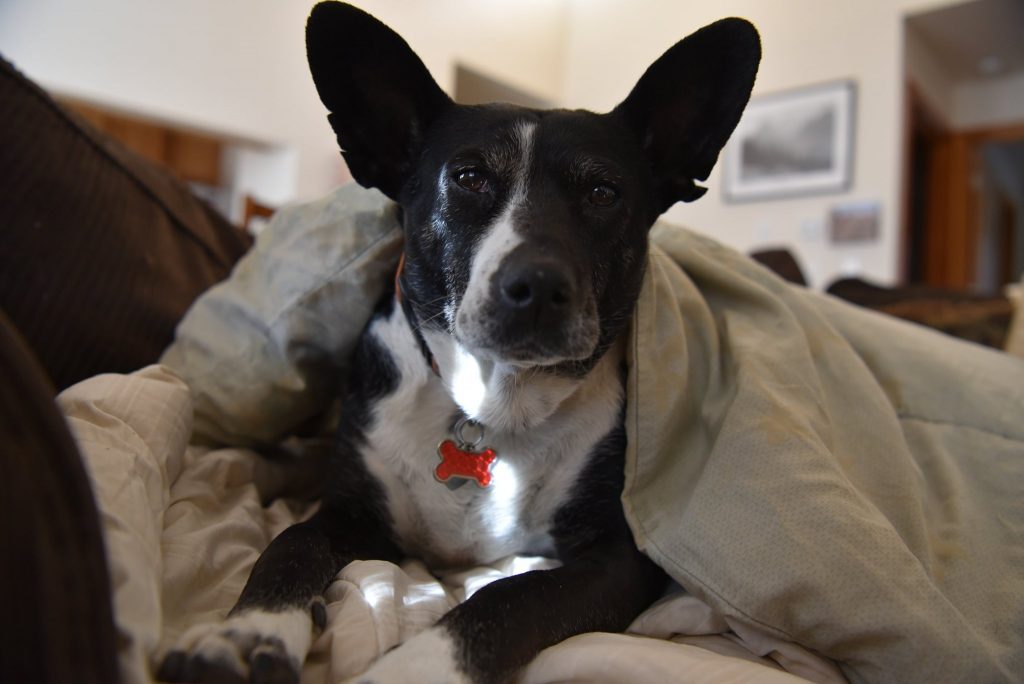 In 2010, I found a scared McNab at a trailhead in Redwoods National Park. It took four days to lure her into the car with a peanut butter sandwich. The shelter was closed, so I took her home. I didn’t want her, so I decided to call her the dumbest name I could think of so I wouldn’t keep her, Captain Fantastic. Five minutes after getting her home, she was asleep in my lap. The name stuck.

The next 12 years found Captain, her “brother” Dogzilla, and I on countless adventures in 49 states and three countries. She climbed 14,000ft mountains, dipped her paw in three different oceans, and explored the slot canyons of Utah. Captain befriended many animals, including a skunk, and was once bitten by a javelina. To say she was an adventure dog would be putting it lightly. While not travelling or snuggling, Captain wiggled and wooed to her hearts content, trying her best to get strangers to pet her and was seldom denied.

Her final adventure began in January 2020 when a nasal carcinoma reduced her estimated lifespan to just three months. But Captain’s will to live was strong, and over the next 2+ years she beat the odds, battled three different cancers, began having seizures, and even recovered from a coma.

As she slowed down, Captain’s adventures transitioned to cycling where she could ride in a trailer while I pedaled. Everyone loved seeing her and Zilla in the trailer as we rode across Washington. This gave me the idea for her legacy, Pedals4Paws.com. With Captain’s help, we’ve raised hundreds of dollars for animals in need and her brother and I will continue to do so in her honor.

“Though you no longer cast such a powerful shadow, your presence is forever etched upon my soul.”