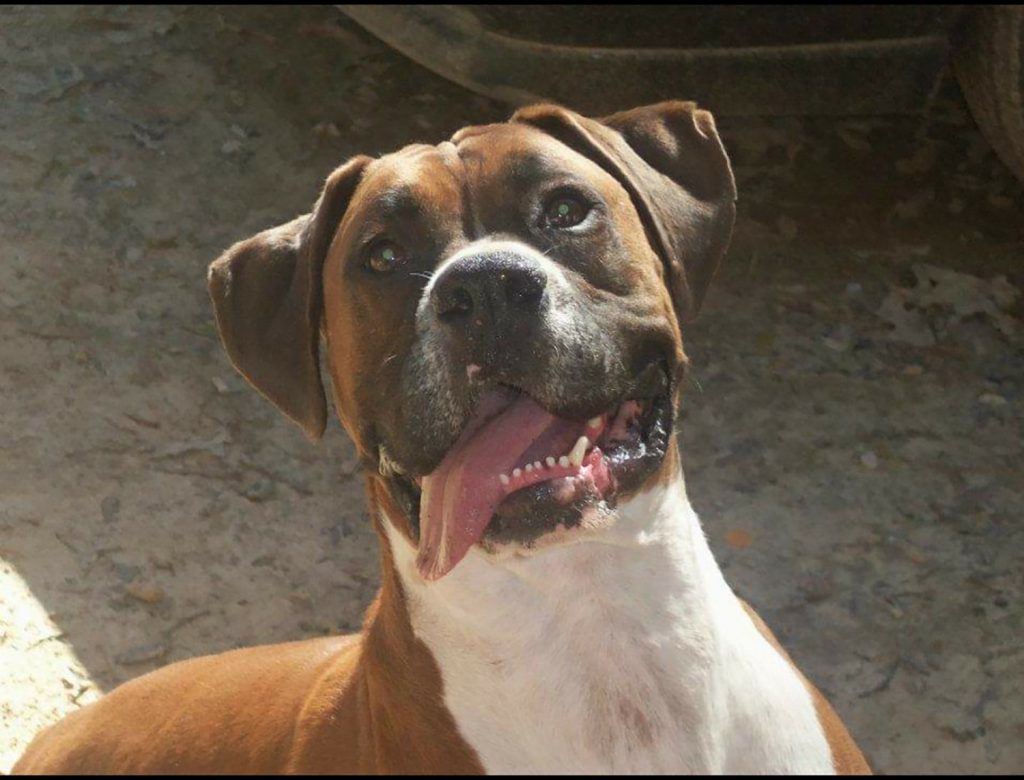 To understand the impact Blaze had on my life, requires a slight background on myself.  I am an only child, who had a hard-knock life. I was a child with no love, no hope, and honestly no sense. When I was 18 years old, as a graduation present to myself, I got Blaze. When I saw Blaze, I knew this 8-week-old, 8-pound puppy was never going to break my heart. To be honest, up to the point until he went over the rainbow bridge, he never did.  Blaze taught me so much about life.  He taught me to be patient, he showed me love, he taught me kindness, and most of all Blaze taught me what unconditional love is.

When Blaze was 10 years old, a mass appeared on his left, rear leg.  The veterinarian I was working for at the time was able to go in and remove the mass. The biopsy came back as hemangiopericytoma, but the margins were clean. When Blaze was 11, the mass came back. However, this time it had wrapped around the nerves and we were unable to remove it. I thought that was it. I couldn’t put my 11-year-old dog through chemo. As a seasoned technician, I knew that’s not how I wanted him to spend what could be the last bit of his life.  I decided to monitor the mass, as well as Blaze, and we would go from there. When Blaze was 12, a mass appeared on his left front leg. This time the cytology was coming back as inconclusive.  I knew from the last time he was sedated, getting a biopsy for a full answer was out of the question. Blaze had coded the year we found out the cancer was around the nerves, but I was there by his side and we just weren’t ready to be apart yet. I was beside myself.

In December of 2020, I started working for the most amazing doctors anyone could ask for.  Seeing as I didn’t know the doctors well enough, I went with the most experience and asked her to be his doctor. It is because of her, I truly believe I was given another year with my boy. She put him on steroids, and made sure he stayed happy. He was so happy, and if it wasn’t for the obvious tumor, you wouldn’t have known he had cancer. See the thing about Blaze is, he never suffered. In fact, he never even seemed to care that he had cancer. He actually just assumed someone had attached a personal pillow to his leg.

On December 3, 2021 I had to let the very first love go. The cancer had spread to 3 of his 4 legs and was aggressive.  He had developed a mass in his mouth that came back as a type of sarcoma, but a biopsy would have been needed to be fully diagnosed.  On December 3, 2021, surrounded by the most amazing group of people I now consider family, I had to say goodbye to the best boy in the world. You see, Blaze loved me so much he wasn’t going to leave me, but I loved him so much I had to let him go.

My hope is this donation helps fund the research needed to help fur babies like Blaze. That way they can possibly have just another year with their families. My hope is that one day, going into an exam room, and being a part of the “cancer talk” doesn’t have to be a “let’s see what we can do”, but instead a “we can fix this.”  My hope is some other little girl, who found love in a dog, doesn’t have to lose her best friend the way I lost mine.