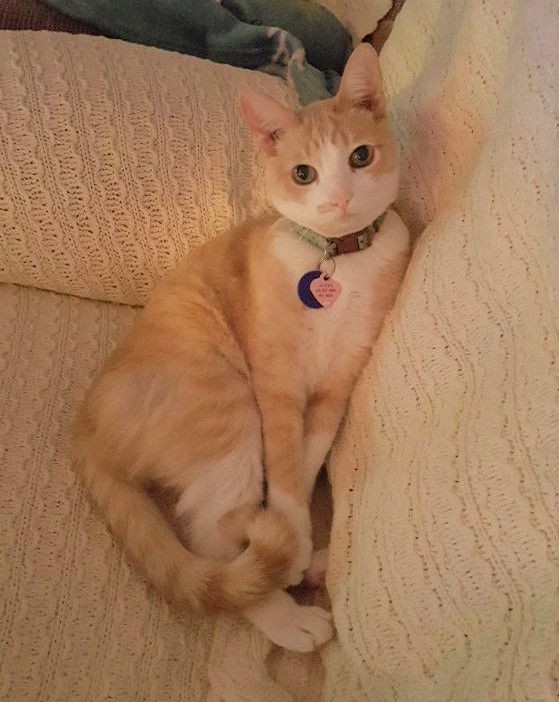 James was a survivor. He was born with a medical condition called Cerebellar Hypoplasia, resulting in walking and balance problems, and slight tremors. He began life as a stray kitten on the streets of Los Angeles, from there to a county shelter, and then was saved just in time by a local rescue group. I saw him by chance at an adoption event in Pasadena, and despite his disability, decided to give him a chance. His problems walking, or “loose caboose” as I called it, faded with time.  James thrived once he realized he was home. He just needed to be given a chance to shine, and boy did he shine.

James lived to be 14 years old. I had him for 12 ½ of those years. He had large olive-green eyes, like the doe-eyed subjects you would see in a Margaret Keane painting, eyes that could see into your soul. He was my perpetual shadow, those eyes keeping watch over me wherever I went.

James braved two unrelated cancers during his life, GI Lymphoma and Nasal Adenocarcinoma. After his rough start in life, one cancer seemed unfair, but two cancers, what were the odds? He was successfully treated for the Nasal Adenocarcinoma with radiation. He was also successfully treated for the GI Lymphoma with chemotherapy for almost three years, before it would exacerbate other health issues and become too much for him to fight any longer.

James left this world on October 15, 2021. I miss him every day, but take comfort in knowing he’ll always be watching over me.