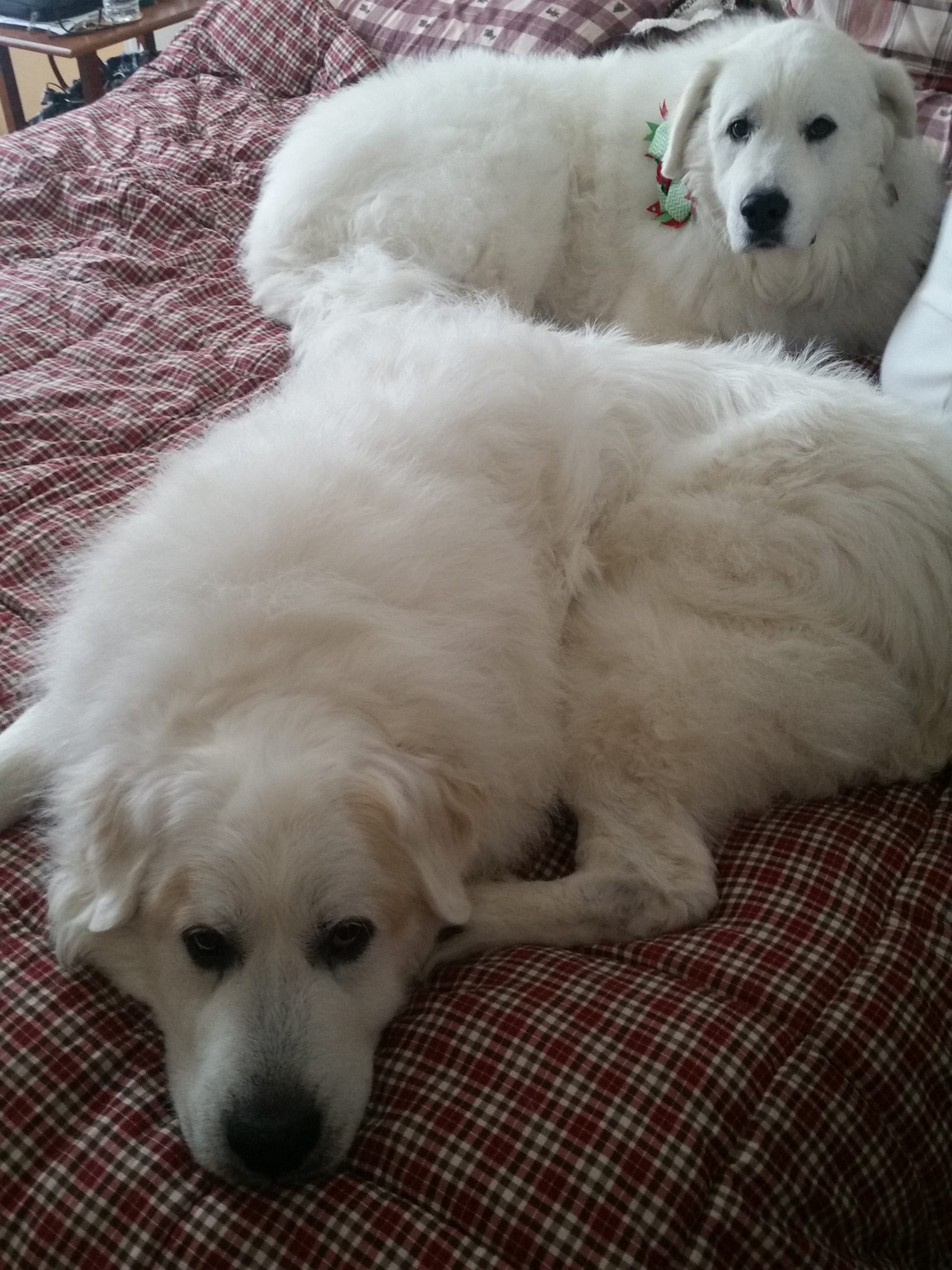 Noah and Emily were the best dogs anyone could have.  I know we all say that about our fur babies. They were such a great part of our lives and had interesting personalities. Noah we had since he was a puppy, and was just the gentlest dog you could ever have. He had two years with our other elderly dogs before they passed.  He stopped playing with toys and went into some depression. After a year we decided to look for another dog hoping to lift his spirits.  We rescued Emily who was only 6 month younger than Noah which was great. She instigated play, and he reciprocated so we were happy to see that it seemed like they would get along. Emily was my cuddle bug and would greet me at the door where she would nuzzle her head in my neck.  I loved that. She was also our protector against squirrels, birds, and other dogs. It was not uncommon to find them snuggling together on our King size bed. There would be times in the morning where you just had this feeling someone was watching you, and sure enough one or the other or both were there wanting to be let out. They both made life interesting and full.  They both had been through a lot the last 3 years or so with the different cancers they had.  They were fighters and have left a hole in our hearts and home.  We will forever cherish the time we had with them.