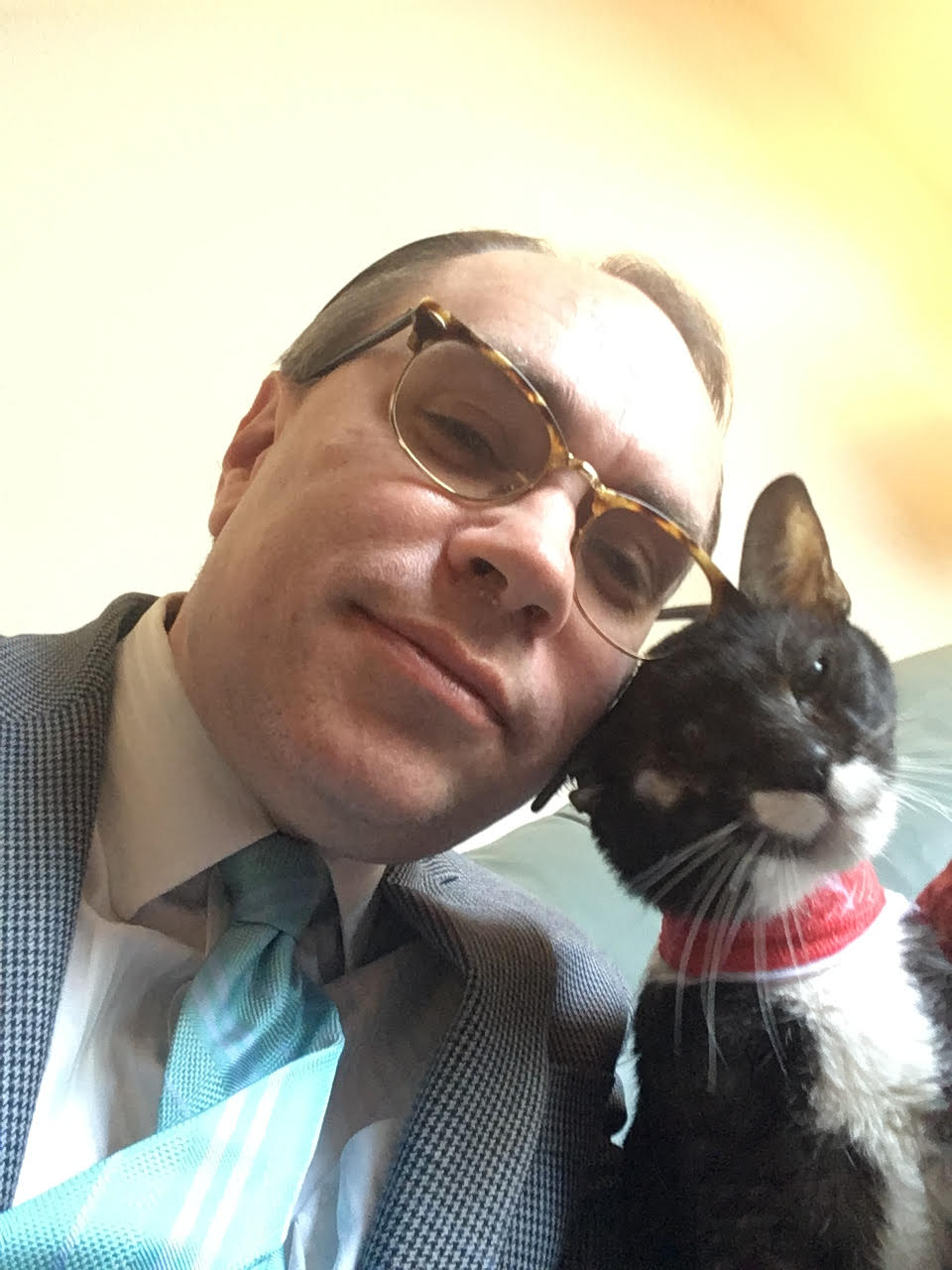 Jeroën, aka “Legs”, “Pippi Longstocking”, and a “Fine Little Fella”, sadly lost his battle with lymphoma on June 27, 2020. He joined my household in December of 2008 when he was just 7 months old. He and my other cat, Mandy, quickly bonded and were inseparable for many years. Later, when little Philip joined us, Mandy and Philip became buds and Jeroën and I became best pals. The past 8 years he was my sidekick and loyal companion. He loved jumping to the top level of his 84” kitty condo, watching birds through the sliding glass door, and his favorite pastime was sitting LIKE A HUMAN next to me and watching movies! His favorite was the original 1960’s version of “The Incredible Journey”. He was practically non-vocal and rarely if ever complained. The only time he meowed was when he was looking for me. He met me at the door after work and was usually watching out the window as I left in the mornings.

Jeroën was diagnosed with Lymphoma this spring, and was a true gentleman during his treatments. He lost an eye to the cancer, and for the last few months of his life was fed through an E-tube. Through it all, he exhibited nothing but pure love and affection and never complained!

I truly felt the love from his many vets and caregivers at Veterinary Specialty Care in Mt. Pleasant. They always seemed so happy to see him! I took this picture one day after he returned home from a chemo treatment. I sent it to Dr. Wall, and I learned later that it became her screensaver! Jeroën became violently ill quite suddenly the evening of June 26, and passed away in my arms the next morning. This little fella was the life of the party at my house, and the other cats and I grieve his passing daily. I have since renamed my household “Jeroën’s Place”, and his urn sits proudly on the mantle under his oil painting.

FYI: his name is pronounced “ya-ROON”. He is named after the Dutch actor Jeroën Crabbe, who famously played the bad guy surgeon in Harrison Ford’s “The Fugitive”.