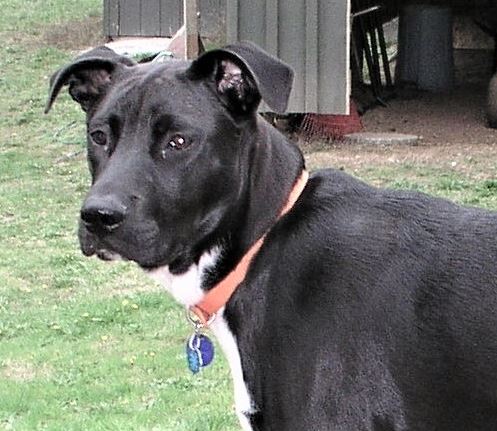 Oscar found his way to us as a baby as a result of a broken relationship between our youngest son and his then girlfriend.  She was unable to care for Oscar so our son quickly agreed to take him and he was welcomed into our home.  Thus began our 12 year adventure with Oscar.  Our son lived very near but Oscar stayed with us during his life.  Our grandpuppy.

As a puppy he grew very fond of reading books, magazines, newspapers, pretty much anything on paper.  As a result one nick name was Monster.  His first nick name was Little O man.  That was because we had a much larger dog named Oscar that we lost a year earlier.

Over the years Oscar lived with us he was a great mentor to 3 new additions to our fur family.

His world centered around our son, his granpaw and tennis balls.  He would fetch balls for hours.  Another favorite activity was rides in the car and trips to Home Depot.

He was diagnosed with lymphoma in May 2016 and treated with chemotherapy.  We enjoyed nearly a year of remission and his zest for life continued.  In April of 2017 he turned 12 and continued to love life with the spark in his eyes.  In June of 2017 his cancer returned and chemotherapy was started again.  He achieved remission again but due to other health issues we had to make the very difficult decision to assist his crossing the rainbow bridge in September.