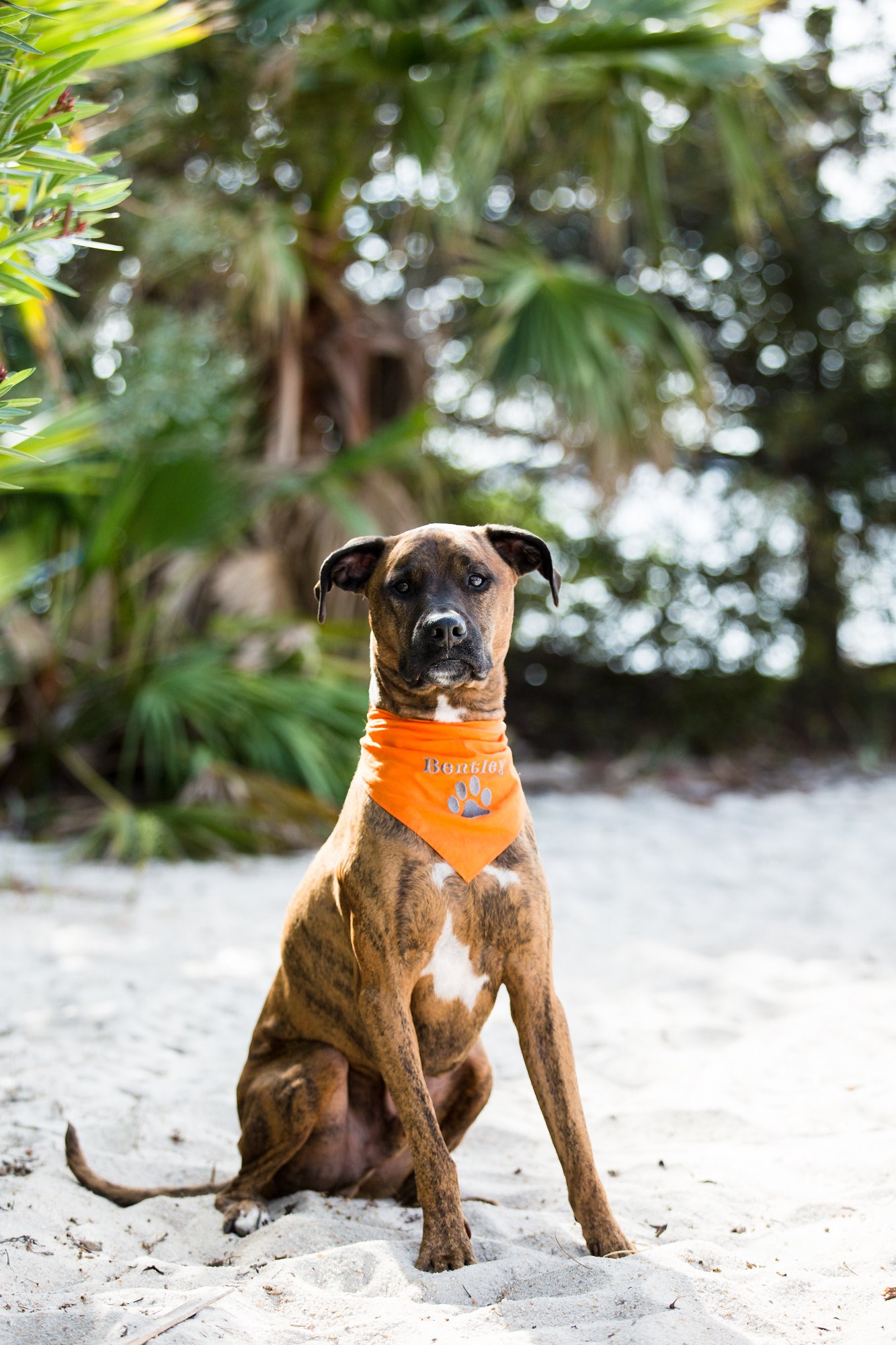 In December 2010, weeks before my husband and I were due to close on our first home together he took me to one of the local SPCA animal shelters. While my husband was playing with the smaller dogs I was strolling to the back where the larger breeds were located. I saw this handsome 6 months old brindle boxer mix named Bentley who’s owners surrendered him due to breed restrictions in their apartment. We took Bentley into a “meet and greet” room and within seconds he was in my lap and we knew from that moment he was our special boy and that he was meant for us. Bentley truly did pick us!

Bentley was an amazing companion and addition to our family and unlike any other dog. He helped me cope with the many stressors of being a military wife. He went everywhere with us; trips out of state to visit family, trips to the store, work and camping – boy did he love camping! In the Spring of 2016 one week to the day of losing my father, Bentley was diagnosed with lymphoma. We were devastated. We were seen by the local oncology department days later to initiate treatment. He went through a 6 month treatment and was officially in remission as of September 6, 2016. He remained in remission for three and a half months. We went through two additional but very different treatment regimens with him only staying in remission for a month or two after each treatment completion.

On August 28, 2017 Bentley was pain and lymphoma free but we were absolutely lost and heart broken losing him. We pray one day other beloved pets such as Bentley will have a cure for cancer and live a long and adventurous life with their human companions.